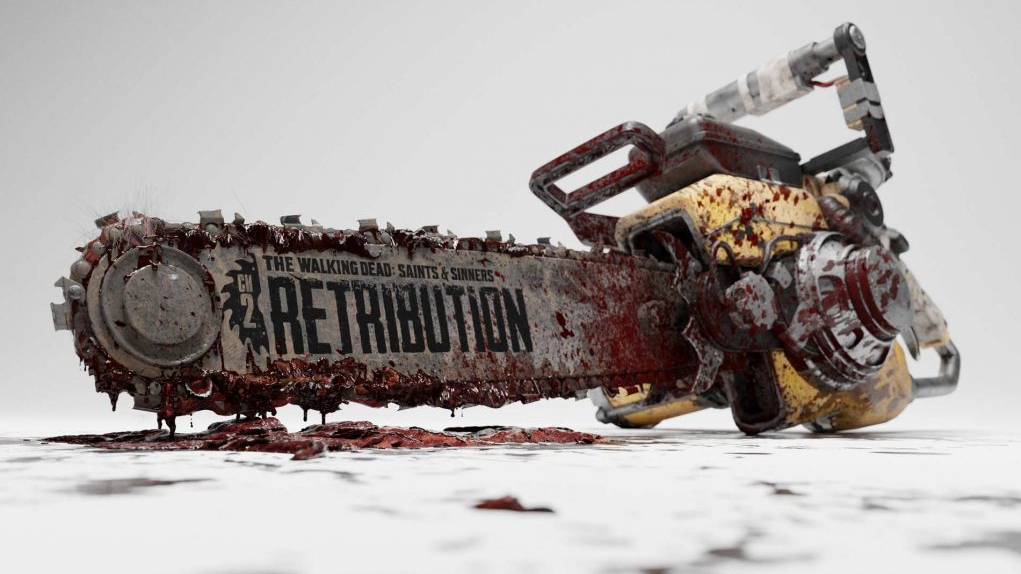 The Walking Dead: Saints & Sinners is getting a completely standalone sequel with the announcement of Skydance Interactive’s Chapter 2: Retribution heading to Quest VR platforms in 2022.

A continuation of the highly popular survival-horror VR game The Walking Dead: Saints & Sinners, the “even more intense and gruesome adventure” will put players back in the shoes of The Tourist as they continue their journey through the walker-ridden wasteland of New Orleans. That chainsaw gives us a good indication of the horrors to expect.

According to the Oculus press release, the standalone sequel will introduce new characters, freaky threats, more dangerous weapons and fresh “gut-wrenching decisions that will determine their fate.” Since Chapter 2: Retribution is a standalone title, players can either jump back in from where the story ended from the previous game or catch up with the events before getting started.

Return to the walker-infested wasteland of New Orleans in… The Walking Dead: Saints & Sinners – Chapter 2: Retribution, the next chapter in the @WalkingDeadVR. Face far deadlier enemies than the undead, more dangerous weapons, and more gruesome adventures. Coming in 2022 🧟‍♂️January 24, 2022

Released back in January 2020, Saints & Sinners is available on multiple VR platforms, including PC VR, PSVR, and Quest platforms. While Chapter 2: Retribution has been officially announced for the Meta Quest, other platforms have yet to be confirmed. However, we expect the next chapter to be available everywhere else — possibly including the PSVR 2.

Since the original’s release, Saints & Sinners has seen 2.5 million players and surpassed a whopping $60 million in revenue. With this in mind, a continuation is clearly a welcome surprise to many VR gamers (me included).

“We’re excited to announce Chapter 2, and we can’t wait to let players explore the new adventures that await them in the French Quarter and beyond,” says Chris Busse, head of Skydance Interactive. The release specifically states this isn’t a small DLC pack for the original either, so prepare for another walker-ridden adventure, tourists.

If it does come to PSVR 2, check out how much of an upgrade PlayStation’s next-gen VR headset is.