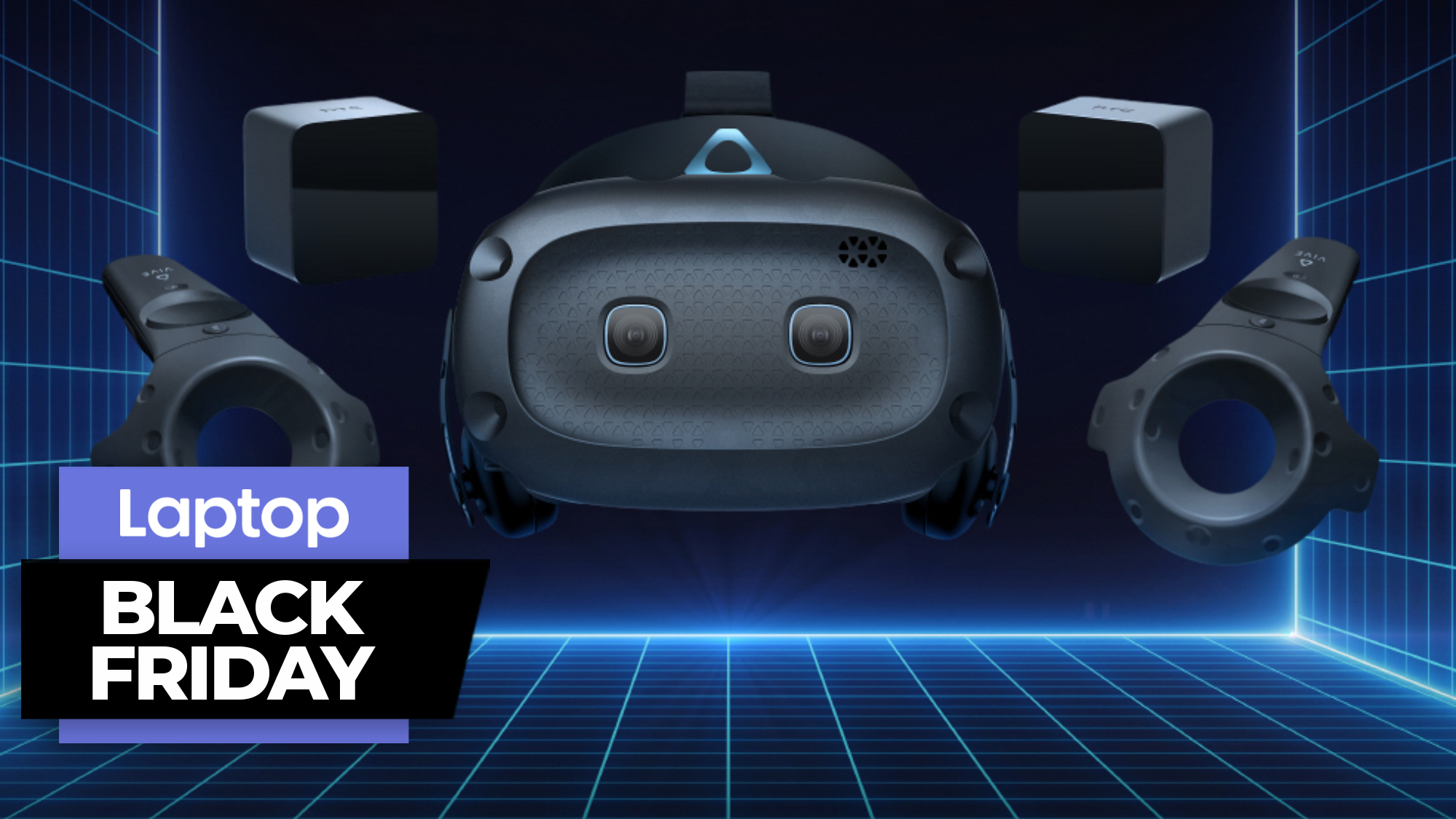 The whirlwind of Black Friday 2021 deals brings a heap of killer Black Friday gaming offers, and PC gamers will be happy to know HTC’s Vive Cosmos Elite VR headset is getting in on the discount action by finally getting a significant $250 price cut.

This epic Black Friday deal brings the HTC Vive Cosmos Elite down to $649, and you can pick it up right now at Amazon. With its highly accurate Lighthouse tracking technology and crystal-clear LCD (2880 x 1700) panels, PC VR gamers can take their gaming up a notch — and it’s now easier on the wallet.

While the Oculus Quest 2 VR headset is the best VR headset due to its low price point and brilliant performance, it struggles to compete with the PC-powered HTC Vive Cosmos Elite VR headset. Like the HTC Vive Cosmos, one of the Elite’s biggest flaws is the expensive price tag. Now, thanks to this Black Friday offer, it isn’t as much of a pitfall anymore.

Paired with one of the best VR-ready gaming laptops, the Cosmos Elite offers a high-end VR experience that will have gamers become fully immersed in big hitters such as Half-Life: Alyx. Featuring all-new LCD panels with 2880 x 1700 combined pixel resolution and Lighthouse tracking technology with a base station 1.0 that provides up to 160 square feet of play space.

Plus, the Cosmos Elite comes with Viveport offering access to HTC’s personal game library store and a paid monthly service called Viveport Infinity that’ll give you access to hundreds of VR games as well as exclusive offers and discounts. To play the very best VR games, the HTC Vive Cosmos Elite has you covered.

If you’re after even more affordable VR headset deals, head on over to our best Oculus Quest 2 VR Black Friday deals page.