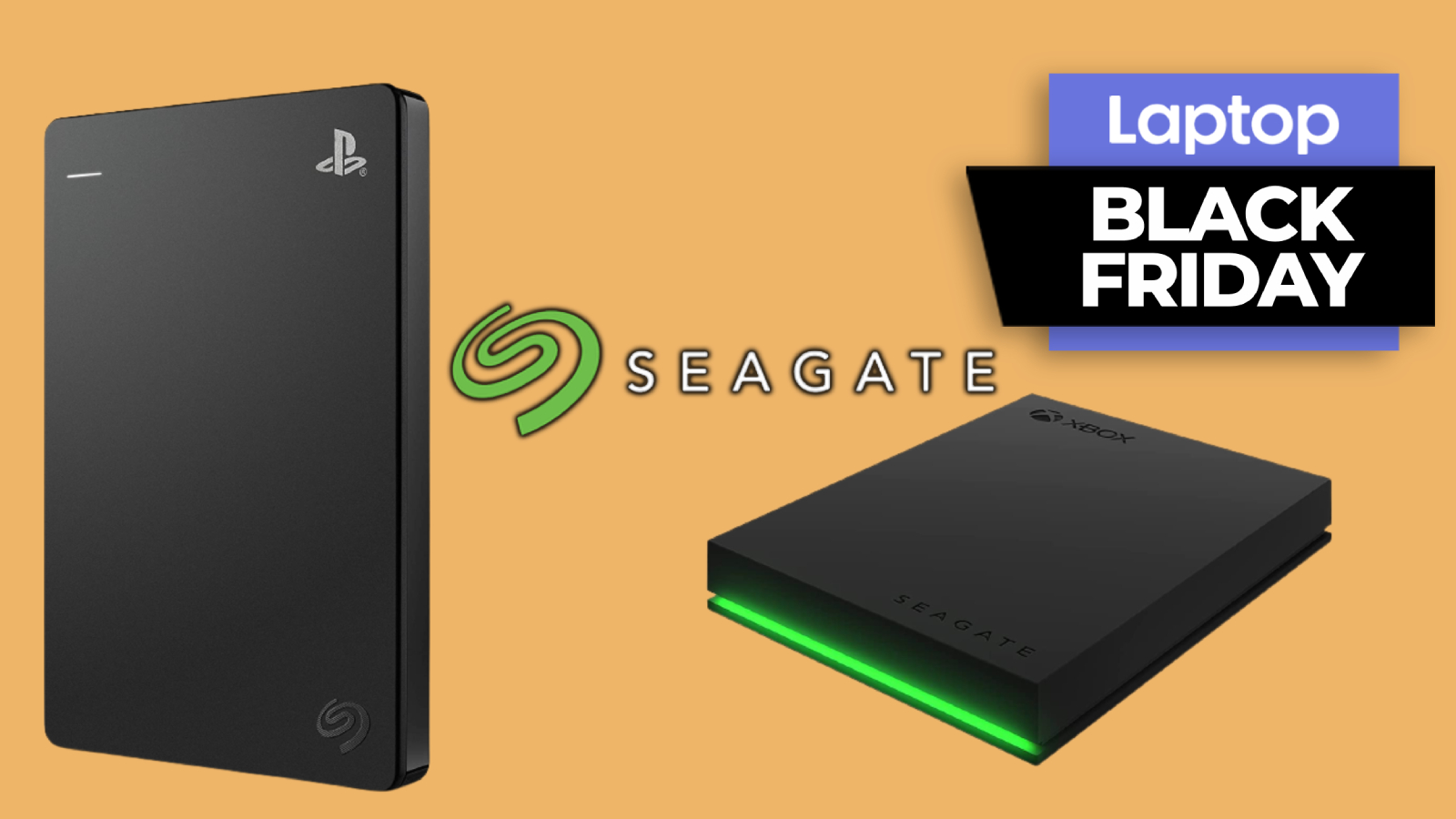 Seagate comes out the gate early with Black Friday deals on external gaming hard drives for Xbox and PlayStation. The 2TB Seagate Game Drives are now available at Amazon with a nifty 15% discount.

You can get the Game Drive for PS4 or Xbox for just $69.99. You may need the storage space for all the best Black Friday gaming deals you grab.

The Seagate Game Drive for Xbox grants users the ability to create their game vault with 2TB of storage to store games they can take wherever they go — featuring a built-in LED bar that illuminates your space in a warm green glow as a homage to its gaming-centric roots. The Game Drive is Xbox certified and compatible with Xbox Series X, Xbox Series S, and all generations of Xbox One.

Measuring just 4.6 x 3.2 x 0.6 inches and weighing a measly 5.9 ounces, 2TB Game Drive is highly portable and easy to use. The unit comes with an included three-year Rescue Data Recovery services and a one-year limited warranty.

Seagate’s Game Drive for PS4 gives you the option to save your games from being deleted and take them on the go. For $69.99, you get 2TB of storage, which is plenty of room to keep all your old favorites and add the latest releases. The game drive uses a 3.0 USB connection to plug right into your PS4.

Black Friday 2021 falls on November 26, and we expect to see tons of excellent deals on today’s most coveted tech. Be sure to bookmark our best Black Friday 2021 deals hub for the best holiday discounts.

How to add your vaccine card to Samsung Pay