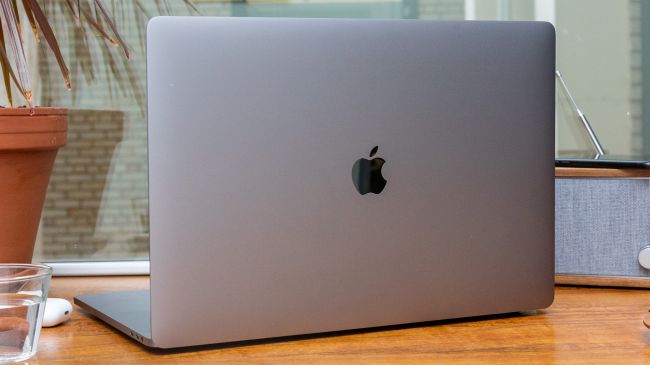 Apple’s upcoming “Unleashed” event is just around the corner, with the anticipation of the long-rumored 14-inch and 16-inch MacBook Pro models reaching their boiling point. The lid may have already popped open, however, as a recent leak suggests a full list of the M1X MacBook Pro’s specs.

M1X MacBook Pro rumors have suggested the laptop’s impressive display resolution,  along with the use of mini LED panels and ditching the Touch Bar. According to credible Apple analyst @dylandkt, fans can expect these features during the reveal on October 18, along with a number of other design traits.

As the leaker states, both the 14-inch and 16-inch M1X MacBook Pro models will be fitted with mini LED displays and sport smaller bezels than previous MacBook Pro models. Dylan points out the bezels will be thin enough to the point there won’t be APple’s signature logo at the bottom of the screen. This adds up if Apple wants to make the most of the recently leaked native 2x Retina resolution.

MacBook Pro 14 and 16:Mini Led displaysSmaller bezels with no bottom logo1080p webcamBase models will have 16gb of ram and 512gb of storageBase M1X is the same configuration for both modelsPricing will be similar between 14 and 16 inchNew charging brickOctober 12, 2021

We can also expect a 1080p webcam, a lack of Touch Bar, along with an HDMI port, SD card slot and support for MagSafe. Interestingly, the post states the MacBook Pro will be able to support more than one display, which will be a game-changer for those with multiple monitors or those with docking stations.

The leak suggests both the 14-inch and 16-inch MacBook Pro models will feature similar pricing, with the base M1X chip featuring the same configurations for both models along with 16GB of RAM and 512GB of storage.

The 120Hz refresh rate is still a mystery, as the leaker states the sought-after refresh rate has been tested on a Mac model this year but wasn’t sure if it will arrive on this year’s MacBook. Apple has already brought 120Hz to its iPad Pro 2021 and iPhone 13 Pro series, so it makes sense if this year’s MacBook Pro also features the same refresh rate. Still, only time will tell.

Rumors about the M1X are swirling, with other reports indicating the new MacBook will feature 12 CPU cores and 16 GPU cores  (up from 8 CPU and 8 GPU cores on the current M1 models). Apple leaks can be a hit or a miss, but we won’t have to wait much longer until the big reveal at the Apple “Unleashed” event.

While we wait, check out our thoughts on Apple’s latest bundle of devices, including the iPad mini 6, iPhone 13, iPhone 13 mini and iPhone 13 Pro Max.