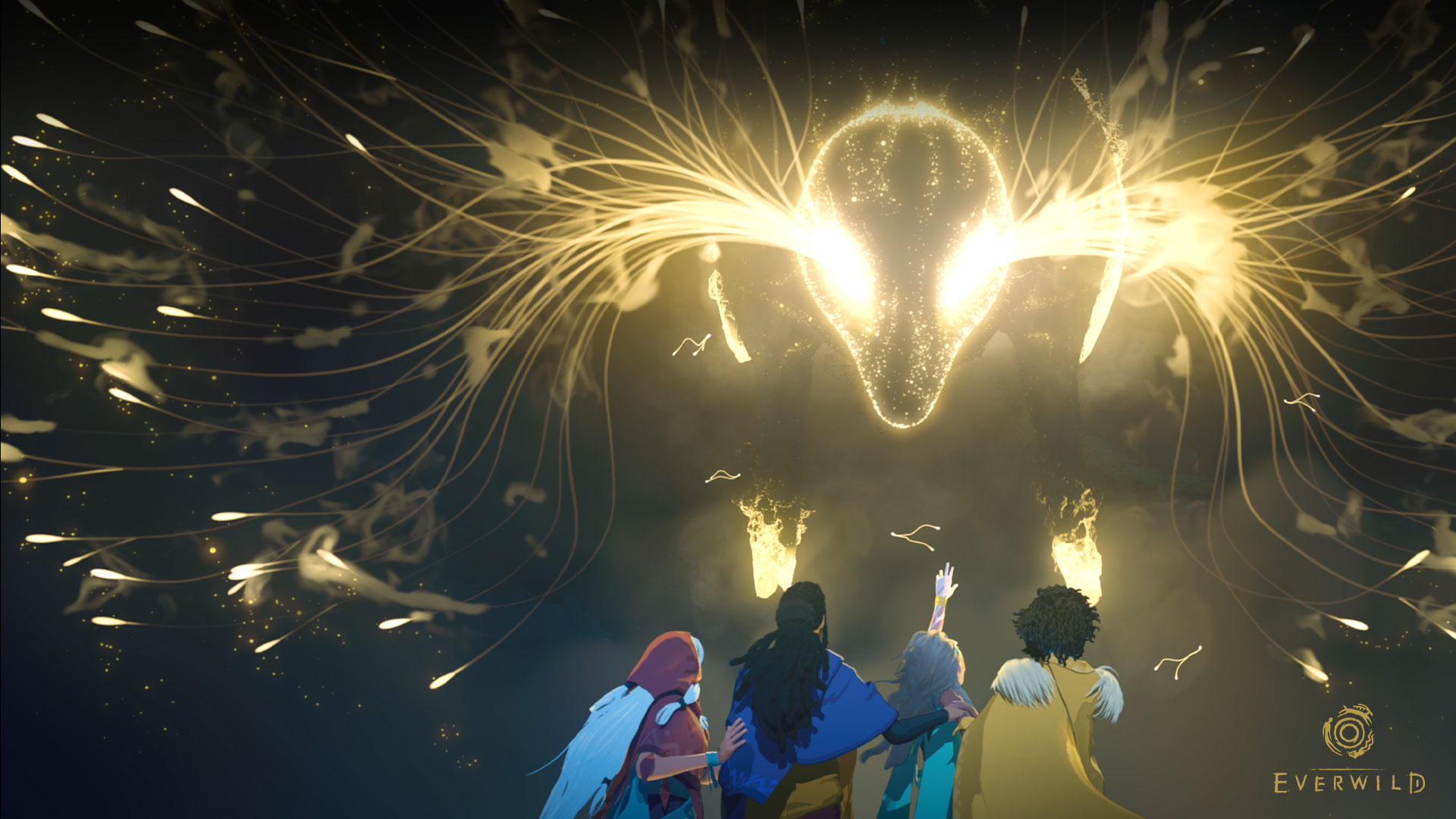 Everwild seems mystifying. Rare has premiered trailers showcasing a gorgeous, colorful world without the slightest detail on what to expect in terms of gameplay and interactivity.

Regardless of the lack of information, I’m hoping Everwild can fulfill our dreams of playing a druidic, nature-loving nomad traveling between forests teeming with wildlife. Here’s everything we know so far, including details on its gameplay, setting, release date and more.

Xbox has yet to reveal an official release date for Everwild. However, considering Rare’s previous property, Sea of Thieves, also showed up intermittently after being announced in 2015 and eventually released in 2018, there’s no reason to believe Everwild will come out anytime soon.

As Everwild was revealed toward the end of 2019, we don’t expect to get our hands on the game at any point during 2021. However, we might get a release date confirmation at some point during the next year.

Everwild’s creative director, Simon Woodroffe, left the company late last year. Whether or not this has caused problems in development is unknown at the moment, but it makes its possible release date all the more unclear.

In January, Microsoft published a blog post listing all Xbox exclusive games coming to Xbox Series X|S in 2021. Everwild wasn’t even mentioned in this blog post, likely confirming our suspicions that the game would not release at any point during the year.

Rare is currently hiring for Senior Designers to join Everwild, which could be due to Simon Woodroffe leaving the project. Considering they’re recently hiring for such a position, the game probably has a decent bit left to be developed. This likely solidifies that the game isn’t launching in 2021.

Chris Dring from Gamesindustry.biz spoke of Everwild’s release date during a VGC Off The Record podcast, claiming that the game is “so far away.” He suggests that there could even be a new Xbox model (mid-tier upgrade) by the time it comes out.

A Twitter user recently discovered that Everwild has been in pre-production since 2016 due to LinkedIn posts from a few Rare employees. This doesn’t mean much as far as development time goes, so it’s not the best way to determine how much longer before the game launches.

Video Games Chronicle reports that Everwild has been completely rebooted. The team is now targetting a 2024 release, which means we won’t see the game for years.

So far, two cinematic trailers set the tone for what to expect from the game’s atmosphere. In 2019, Everwild was announced with a trailer that shows a group of four travelers picking berries, interacting with wildlife, and sneaking past the dangers hidden in a beautiful forest.

The softly animated foliage and cool color palette give the world a paintbrush-esque quality. Additionally, the characters and wildlife boast simple and unrealistic designs, which probably means the game will be rather lighthearted overall. It’s also likely that this will be a four-player experience, and perhaps like Sea of Thieves, it will take place in servers populated by tons of other players.

Everwild’s second trailer paints a larger picture, showing our travelers (who are called Eternals) with animals by their sides, sitting at campfires, performing druidic rituals, meditating around the world, encouraging animals to achieve goals or traverse obstacles, and healing wildlife they encounter. Although we don’t necessarily see gameplay, this trailer makes it far more clear what we can expect to be doing.

Everwild will likely have players create their own druidic character with the goal to travel around the world and try to protect the most endangered parts of nature. We don’t expect this to be a very objective-driven game, similar to how Sea of Thieves simply throws you into the experience without giving you much of a larger motivator other than having fun.

This will be an important design choice for Everwild, as it would be hard to feel like your character is one with nature if an on-the-nose narrative attempts to hammer in these elements. Instead, Rare should craft clever gameplay mechanics that let the player experience this well, naturally.

I imagine Everwild will throw the player into the midst of this living and breathing world without much guidance, letting them naturally interact with wildlife and other players. Obviously, this is just speculation, but considering how Rare’s previous game functions, and the way in which both trailers are structured, it’s possible.

I’m hoping every decision Rare makes regarding the structure of Everwild is in service of immersing the player into the role of being one with nature. Cosmetic microtransactions worked in Sea of Thieves, as it’s a game about profit and spending currency, but inserting similar systems into a game where you’re meant to be a primitive, nature-loving wanderer would most certainly break immersion. I don’t want to suddenly meet another traveler and think “oh wow, they purchased that epic costume from the real money store.”

Executive Producer Louise O’Connor provided more details about Everwild on an episode of Women of Xbox UK. She claimed that Rare is trying to build an experience unlike anything we have yet seen in gaming. Additionally, the team has ensured that nearly everything the player sees is something that happens in the real world, just given an “Everwild twist.”

In the end, Everwild should be something experimental and unorthodox. Similar to how Sea of Thieves successfully captures the magic of seafaring, Everwild needs to capture the magic of nature. Games like Death Stranding boil down to the player mostly walking, but every mechanic brilliantly intertwines to make those treks feel intense and satisfying. Healing foliage and fauna with druidic magic sounds wonderful, but the mechanics need to feel appropriate and immersive to create the effect Rare likely desires.

Everwild seems to take place throughout a handful of colorful locations teeming with plant and animal life. In the trailers, we see beautiful forests, still and glowing ponds, snowy mountains, vast fields with exotic crops, and oddly placed rocks with mysterious engravings carved into them.

One of the most notable aspects of this world is that it’s populated by natural elements. Everwild doesn’t seem to be hinting at some kind of post-apocalypse where nature has reclaimed the world. However, in an Everwild Director’s Commentary video, it is revealed that there is indeed some history to this world. Executive Producer Louise O’Connor claims “This isn’t just a natural world, this is a world of history. It’s a world of things to discover. And I think this shot shows that something else has been there and something else has happened.”

I don’t think it will be at the intensity of Horizon: Zero Dawn, a game where plant and animal life have taken over collapsed buildings, shredded machinery and modern architecture. However, something clearly lived here at some point, and we’re encouraged to explore the finest and most dangerous aspects of nature to find out what.

In the same video, we learn that the Eternals are trying to protect the world from certain things. In one example, the characters create a ring around a tree to stop locusts from devouring their last bit of life. Whether or not these locusts will be prevalent throughout the entirety of the game is unknown.

Since we don’t know much about Everwild yet, its PC requirements are unknown. However, based on the visual style of the game and how graphically demanding Sea of Thieves is, we can assume it’s similar, especially since both games run on Unreal Engine 4.

How to add or remove Windows 11 Widgets