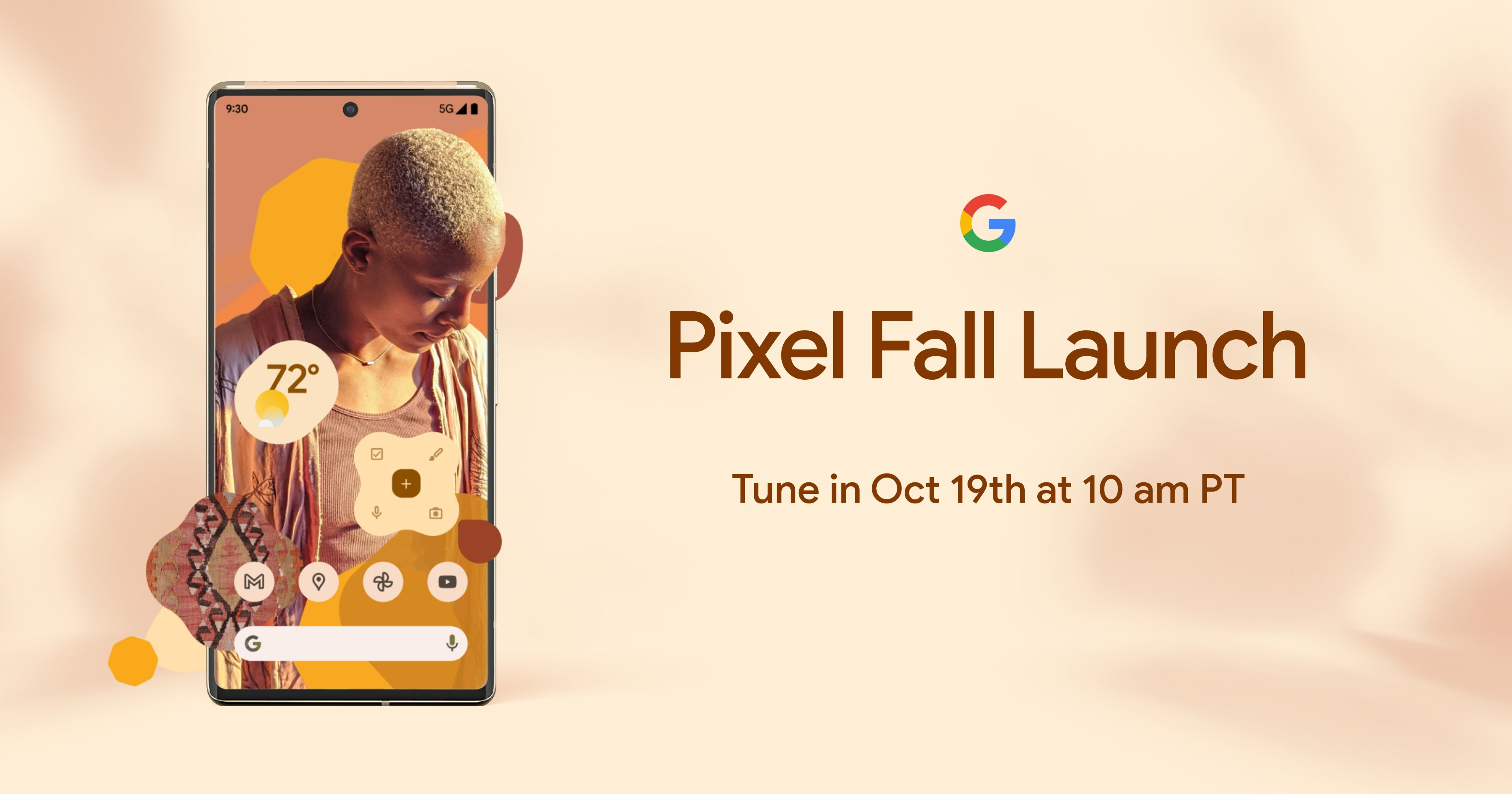 Google is doing things a bit backwards with the Pixel 6 and Pixel 6 Pro, having already released a number of details and launched a marketing campaign for a phone it hasn’t really announced yet.

Today Google has finally given us a date for that announcement with the @MadeByGoogle Twitter account stating that the virtual event will be streamed on October 19, starting at 10 a.m. Pacific time (1 p.m. Eastern).

Again this will be an interesting event, as while we have grown accustomed to at least thinking that we know everything about a device prior to launch thanks to the aggressive leak and rumor mill, Google itself has given us a number of details on the Pixel 6 and Pixel 6 Pro.

So what will be looking for when we tune in? The camera details are the most interesting hardware story that we are at least not 100% clear on just yet. It is in all likelihood the Samsung ISOCELL GN1, a 50MP processor that would be a massive upgrade from anything the Pixel has used in the past. However, that isn’t confirmed yet, and the telephoto sensor on the Pixel 6 Pro remains mostly a mystery as well beyond its 4x optical zoom.

While the real story of Google’s new Tensor chip will come when we are able to test the phone, Google is sure to have plenty to say about it on October 19 after literally years of development. That chip is also sure to play a part in some Pixel exclusive features, something that we normally get with the release of the new OS, but that didn’t happen this year with Android 12 launching this week.

You can tune in with us on October 19 to watch the official reveal of the Pixel 6 and Pixel 6 Pro, but if you can’t catch it live we’ll have all of the latest for you as soon as it’s announced.

Get Ready for The New Crowd

How to Make 2022 the Year We Ace 1:1 Customer Experiences