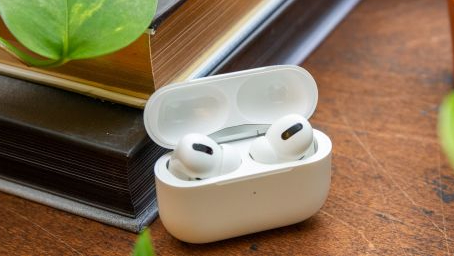 Apple’s recent iOS 15 update brings a host of new features, including being able to drag and drop between apps. Unfortunately, it has also taken away a popular function for AirPods Pro owners, but a fix is on the way.

With the release of iOS 15, iPhone owners have experienced a number of bugs messing with apps and devices. This includes the AirPods Pro owner’s ability to switch between its popular active noise cancellation mode and transparency mode via Siri.

iOS 15 seems to have broken Siri’s ability to turn AirPods noise cancellation on/off. Definitely broken for a number of folks, if not everyone. //@julipuli @bzamayo https://t.co/9iHrNWxlLgSeptember 23, 2021

According to users on Reddit (via MacRumors), many have tried to switch on noise cancellation by asking Siri, only to receive an “I’m sorry, I can’t do that.” Apparently, this is only one of the several bugs found in iOS 15, as users have also noticed the Messages app deleting saved photos.

However, the good news is the iOS 15.1 beta 2 was recently released to developers, and it has fixed the AirPods Pro bug. The bad news is some bugs, including the aforementioned Message app bug, are still an issue for some users. For those who don’t opt to download the beta, expect an official iOS 15.1 update to arrive over the next few weeks.

AirPods Pro owners experiencing issues, whether they stop charging or the active noise cancellation suddenly refuses to work, resetting your AirPods could resolve the problem. And, if you think your earbuds need an update, check out how to update AirPods and AirPods Pro firmware.

These aren’t the only issues iOS users have been facing, as Apple Watch owners who upgraded to the iPhone 13 have found they can’t use the “Unlock with Apple Watch” feature that Apple introduced. Like many bugs, the Cupertino tech giant will patch them in an upcoming iOS update. While we wait, find out if you should upgrade to the iPhone 13.

How to Create a Shortcut to a Website in Chrome - LAPTOP