Home » QLED vs. OLED: Which is better?
Uncategorized

QLED vs. OLED: Which is better?


If you’re looking to rent or upgrade your display for an upcoming event, conference, or just to have around the office, the high-end TV market can be as confusing as ever for new buyers. While there are a bunch of new TVs to consider from a variety of manufacturers, there is also a heap of complex technical terms to figure out. Here we will discuss the distinct differences between QLED and OLED displays.

Samsung has been branding its TVs “QLED” for the last few years. With a massive QLED lineup in 2021, Samsung features QLED models in both 4K and 8K resolution.

QLED stands for “quantum dot LED TV,” which makes Samsung’s (and other manufacturers) QLED displays appear closer to a regular old LCD TV than it is to an OLED. Most experts consider LCD displays to be in a lower class of TV, much like plasma.

Although Samsung coined the acronym QLED in 2017, Samsung has been using quantum dots to augment its LCD TVs since 2015. However, Samsung claims that those quantum dots have evolved over time — improving color and light output. However, most experts claim other image quality factors–like contrast and black level–are the main reason for the improvement in image quality, not quantum dots.

Although it sounds like Samsung (and other TV manufacturers like Vizio and Hisense who use quantum dots but don’t call their TVs QLED) are using outdated technology, there are some distinct advantages to using a QLED display instead of an OLED. 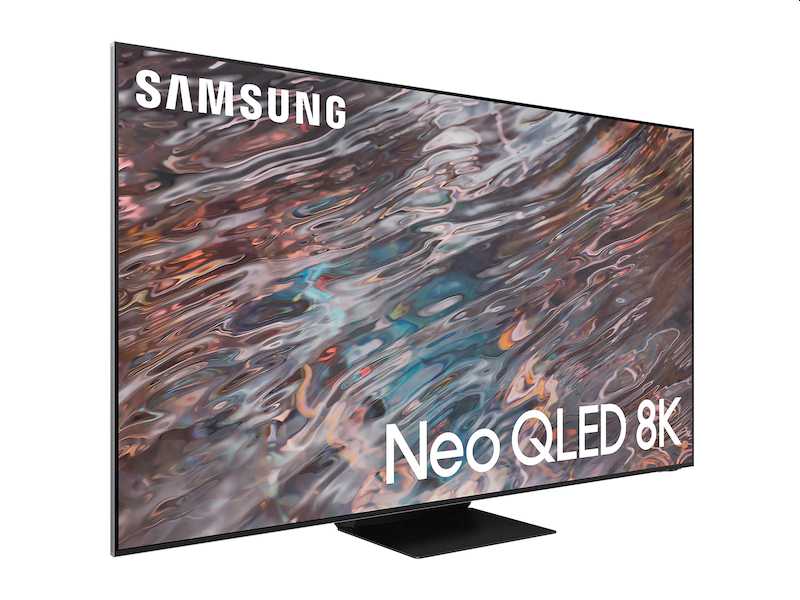 Although the most popular TV-maker in the world–Samsung–uses QLED technology, there are some huge advantages to using OLED displays. One of the main reasons LCD is still the dominant technology in flat-panel TVs is the cost–OLED is much more expensive than QLED, especially in larger sizes.

LG, Sony, Vizio, Panasonic, Philips, Grundig, and others sell OLED TVs, but all brands use panels manufactured by LG Display.

Although their names sound nearly identical, OLED TVs aren’t LCDs at all. An OLED display doesn’t use an LED backlight to produce light. Instead, the light is produced by millions of individual OLED subpixels. Instead of an LED backlight, the pixels themselves emit light — which is why OLED is called an “emissive” display technology. This key difference leads to a lot of different picture quality effects, some of which favor QLED (and LED), but most favor OLED’s emissive display. 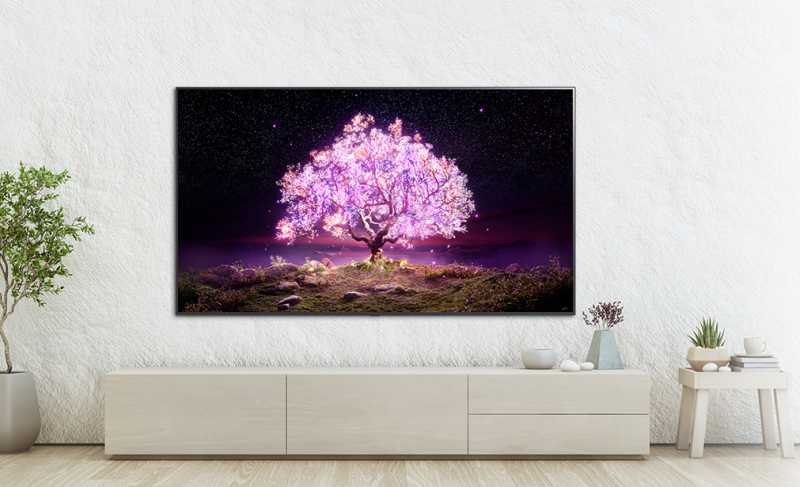 Experts claim one of the most important factors when it comes to image quality is the black level. Because OLEDs use individual subpixels or emissive technology, these displays can completely turn off unused pixels for literally infinite contrast. In comparison, even the best QLED displays with the most effective full-array local dimming let some light through. Letting light through leads to more washed-out, grayer black levels and even blooming around bright sections.

Although OLEDs have superior contrast, QLEDs can get a lot brighter. In fact, the brightest QLED and LCD displays can get brighter than any OLED model. A brighter screen can be particularly useful in a bright room or if you’re streaming HDR content. However, some experts claim that the superior contrast of OLEDs allows them to deliver a better overall HDR image than any QLED or LCD.

If you’re using your display in a crowded room of people or in a room where not everyone is at an optimal viewing angle, it might be best to go with an OLED. OLED displays have nearly perfectly uniform screens which can maintain fidelity from nearly any angle. QLEDs, however, can fade, lose contrast, and become discolored when you’re not sitting in the sweet spot–directly in front of the screen. On top of that, different areas of QLED and LCD screens can appear brighter than others, and backlight structure can be seen when certain content is played.

While both OLED and QLED are able to achieve the same resolution, color, video processing, and other image quality factors, QLED TVs picture quality varies more on the low end. To put it plainly, the most expensive QLEDs perform a lot better than the cheaper ones. This is mainly because the biggest improvements in picture quality of QLED displays don’t have anything to do with quantum dots. The higher-end, better display of the more expensive QLEDs are due to mini-LED backlights, better full-array local dimming, bright highlights, and better viewing angles.

Although neither technology has major inherent advantages in color or video processing fields, QLED TVs can get bigger and smaller — and cost a lot less. In fact, there are only six sizes of OLED TVs on the market today — ranging from 48-inches to 88-inches. In contrast, there are at least 10 sizes of QLEDs, which range from 32-inches to 98-inches. QLED TVs have a firm grip on a much lower price of mainstream sizes over 65-inches. For example, 77-inch OLED TVs cost $3,000 or more, while the same size QLED can cost less than half of that.

So for now, the OLED takes the cake for the best — and most expensive — displays around. However, unless LG Display can produce more TVs and create more screen sizes, the immediate future of mainstream TV could still belong to QLED.

Are you trying to procure a high-definition flat-panel display for your office, next event, conference, or convention? Rentacomputer.com has the latest and greatest displays you’re looking for at a competitive rental rate.

With a QLED or OLED display rental from Rentacomputer.com, you’ll have peace of mind knowing that your rental products will be delivered, set up, tested, and brought back by our technicians. On top of that, we’ll help you with any troubleshooting that may occur along the way with your display rental.

Do you have more questions about display rentals? Contact Randy, our senior rental representative, for any questions you have about available devices, cost, or the rental process. Contact Randy today at 1-800-736-8772 ext. 225 or fill out a quick, easy online quote form.